The new clique at Clicks

Before there was a notable change in the focus at Clicks, I would have never associated it with anything natural or anything afro-centric, especially after browsing the 2 shelfs of “ethnic” products they used to have back in 2016. For me, the store was aptly named Clicks because it catered to a certain clique, which me and my natural sisters were not a part of.

Then something changed. Someone at head office heard the unanswered cry of thousands of women and noticed a paradigm shift – that had the potential of opening Clicks up to a much wider audience (and a few extra revenue streams). The pharmacy-turned-heath-and-beauty-retailer jumped in and presented us with Clicks natural ranges, which they introduced to us at events celebrating (not trying to fix) our natural hair. They had definitely read the room on this one – catching our attention in the way we love most – at an event where we can gather and kibbutz on the awesome challenge that is our natural hair!

We attended the Clicks Curls event at the exclusive Summer Place in Sandton, Johannesburg, in March 2017 with our exclusive media pass (yaasss Darlings!) As much as we loved being wined and dined at one of the poshest conference venues in Sandton, we knew that our natural community needed this more than all the beautiful celebrities and influencers that filled that place up. Along with the natural hair ambassadors, the wider “we” needed to know that a big corporate was finally going to make natural hair products accessible and contribute to making our real hair acceptable. We were so happy when the Clicks Curls Cape Town event was announced for September 2017, and it was open to the public. We knew the response would be overwhelming and Clicks found that out too, which brings us to Clicks Curls JHB March 2018.

This year we bought our tickets, Darlings, because we want those goodie bags too! The goodie bag has products to the value of R 1000! That’s enough product to last your TWA a whole year! Or better yet you can introduce a few more of your family and friends to the movement that is natural hair for the price of R120. We are excited, and proud to witness a big corporate exploring this space with us as we go on this journey of defining our new normal. We hope you got your ticket already and we hope that Clicks gets its props (and retains its credibility) for being the first beauty retailer to agree with us that natural hair is beautiful 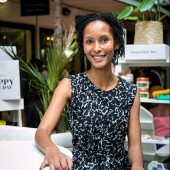 An aspiring visionary with an ornate love of natural hair plants, hand luggage traveling, and podcasts

Why is my hair dry?